Tami holds a Degree in English Literature from Teknokrat Indonesia University. She had been an English Teacher for almost 5 years before joining Chapter W. Her teaching experiences have helped shape her into someone who loves helping others find and fulfil their own dreams. Tami also believes that making social impact goes hand in hand with her passion to help others. As such, she had initiated a small community project with her friends called “Hands for Lampung”, which run projects such as “Books for Lampung” (2013) and the ”Wizel.Project” (2017).

Tami feels that working in Chapter W will help broaden her horizon and provide her with more opportunities to empower others, especially women. Furthermore, by working with more experienced team-mates, she hopes to grow professionally. Overall, Tami hopes that she can change people’s lives for the better. Intan began her career in Chapter W as a junior executive. She is now the organization’s Chief of Programs and aide to the Executive Director during the latter’s sabbatical. She oversees a network of 19 Mothers of Lights villages, which comprises more than 180 women, and manages the day to day running of the programs in Indonesia.

Intan holds a Master Degree in Sociology from Gadjah Mada University, and a Bachelor Degree from National University of Malaysia (UKM). She was the lead and part of the founding team who successfully established SMAT Krida Nusantara’s theatre group called Tanah Merah 2005. Tanah Merah theatre is still in existence and has grown bigger since.

Intan has always believed that one’s responsibility in life is to help others, and being in such a position to do so is her calling. Her passion lies in community development, especially focusing on women movements or initiatives where she feels the community can directly impact from her work. On her journey to find the right place and people who share the same vision and passion, she found Chapter W. It was love at first sight

Irving is passionate for the world to run on clean and sustainable energy sources. He works as a renewable energy engineer based in Singapore, developing wind farms in Southeast Asia. He was attracted to Chapter W's approach in integrating clean energy technologies to solve the energy issue and empowering women at its core. His first voluntary work was to train Ibu Rumah Terang in Sumba. He was deeply hooked by the experience and now serves as a Marketing and Public Relation Officer at Chapter W. Irving's work in Chapter W is on a pro-bono basis.

Wichers graduated from National University of Singapore (NUS) with a Bsc (Building); and had previously served as a civil engineer in Singapore for 7 years, where he worked on multi-billions infrastructural projects such as the ExxonMobil oil and gas plant and MRT Downtown Line.

In 2013, he hung his yellow boots to pursue businesses where he reconnected with his passion of adventure and children, and also contribute back to society. Based in Bali, he runs an international pre-school with Mind Management Concept and Brain Gym that emphasize on maximizing each child's potentials, building characters and enjoying every learning processes.

In Chapter W, he is responsible for building partnerships with the private sector, government and civil society as well as surveying and assessing unelectrified rural areas in Eastern Indonesia for the Mothers of Light program, many of which lie off the beaten path and in truly remote areas. His travels had brought him to some of the most beautiful and relatively unexplored areas in Indonesia, such as Sumba and Sumbawa.

Gloria is currently the Strategy and Futures Lead at the National Volunteer and Philanthropy Centre (NVPC), the national body advocating giving in Singapore. She brings close to a decade of diverse experience across the corporate, public and people sector in Singapore and Indonesia, specializing in research consultancy and strategy.

Gloria was previously with the Insights and Intelligence Unit at Singapore Press Holdings Magazines, where she was in charge of developing consumer insight and business strategy for luxury and custom publications across 5 markets in Asia. She had also done various stints with international NGOs like International Organization for Migration and Kitakyushu Forum on Asian Women.

In Chapter W, Gloria was instrumental in setting the standard for the founding team in terms of how training should be delivered to rural women. She is also our lead presenter for regional and international events. Among others, she represented the team at the Asia Pacific Cities Summit 2013, clinching both the Grand Prize and Audience Favourite at the Young Social Enterprise Award.

Gloria holds a Masters of Social Sciences from the National University of Singapore and is an alumna of the University Scholars Programme. She is also part of the St Gallen Symposium Leaders for Tomorrow and the ASEAN Scholars community. Our team is based in Singapore, Yogyakarta & Bali. We operate in rural and urban settings. We love what we do & who we do it with.

“We help each other be great”

Fairoz was instrumental in leading Chapter W from a university-based group into an award-winning organization with offices in Singapore, Yogyakarta and Bali. In addition to leading Chapter W, Fairoz also lectures on research methods, community development and sociology at Temasek Polytechnic, Singapore. Fairoz previously served in the Singapore Foreign Service and Ministry of Finance, where he was the lead for the World Bank Group and APEC portfolios.

He is an Alumni of the ACE Capstone Leadership Program for Non-Profits (Singapore), the pinnacle leadership development programme that grooms strategic leaders in the non-profit sector. He is also an Alumni of the International Visitors Leadership Program (IVLP) for NGO Management, the premier professional exc‍‍‍hange programme by the US Department of State. For his contributions to the community, Fairoz was awarded the National University of Singapore's Outstanding Young Alumni award in 2017.

In 2018, Fairoz graduated from the University of Oxford with a Master of Public Policy degree (Distinction), under a Chevening-Oxford scholarship. Fire - For practical and survival purposes

A Book – One Thousand and One Nights (unabridged version) - A book keeps me in touch with my humanity. This book in particular, is interesting because of 3 reasons. One, it reminds me of my identity (both as a Muslim and Asian) in the midst of what I assume to be immense isolation. Second, the wide range of fables across time and societies remind me of makes us human: The ability to imagine, tell stories and therefore create entirely new worlds. Lastly, by reading one story per night, the book helps me keep track of time, with the hope that before or by the end of the collection, I will be saved (which sounds a bit like Scheherazade's experience in the tales).

A nice warm blanket – To snuggle up during long cold nights Notebook - To write down my adventures of a lifetime, my thought of people whom I miss and probably come up with my own survival book for publication

Big knife – To cut down branches to make fire, to protect myself against wild animals and to make my own tree house or even resort to live in

A hen – To accompany my survival. It may teach me one thing or two, what can be eaten. And I can have egg for breakfast.

Water Filter System – Because I and my hen can not drink sea water.

A Rooster – To wake me up each morning and so that we can have chick babies. The more merrier. A portable kitchen set (complete with pots, pans and utensils) – It is important to eat to stay alive while working on an SOS plan/waiting to be rescued

Pack of Ropes – To build my own raft

A Nature and Wildlife Book - To give me knowledge to survive and to choose what foods and animals that can be eaten, means to ensure I do not eat poisonous food and die vainly.

A knife - To cut something like food. To make a hut to make sure I can sleep comfortably in order to fight again tomorrow and to be able to take refuge from the sight of wild animals.

A Flare Gun - To ask for help because I do not want to stay long. You're stranded in a deserted island! What 3 things would you take with you?..... Victor is a business professional based in Jakarta, Indonesia. He has more than 15 years working experience working in major corporations including The Boston Consulting Group, InterContinental Hotels Group and IBM. He graduated from Nanyang Technological University and  a recipient of the Lee Kuan Yew gold medal.

Victor got involved in Chapter W when he was based in Singapore and he continues supporting the organization after returning to Indonesia. He is a strong believer in the vision of the organization as it focuses on empowerment for long-term impact and continues to look for ways to expand sustainably. During his spare time, he enjoys photography, running a marathon, and spending his time with his family. 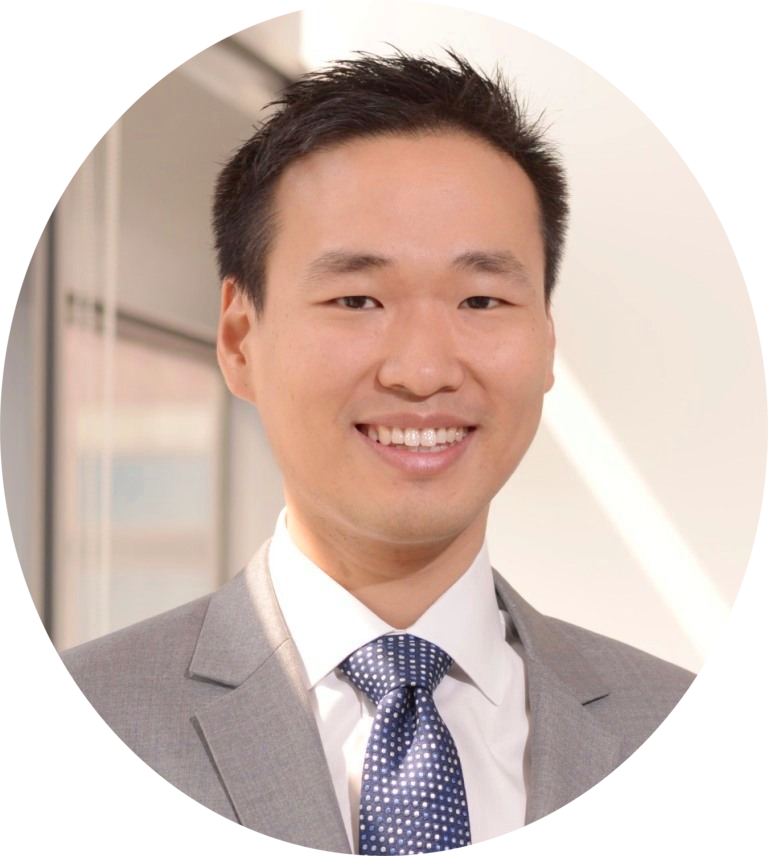